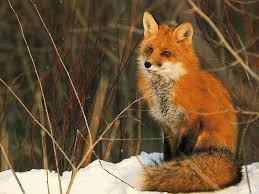 Urban Ecosystems was started by a vegan who calls himself Mr. V – a practising vegetarian for nine years and a vegan for seven of those nine, as well as having a passionate lover of animals and wildlife. Mr.V has observed how often urban centres and development has had a negative impact on the animals, their homes and the environment. Additionally, Mr. V  has also grown up on an environmentally sensitive landscape in the Southern Ontario Greenbelt region, called The Oak Ridges Moraine and has noticed how the land use and rapid development is changing the amount of available green space for not just wildlife – but people living in Urban Centres.

Another thing that Mr. V has recognized is that people in urban centres, such as the GTA, were experiencing the increasing need to be connected to nature, but as development occurred and communities in the GTA grew – a greater threat to The Deciduous Forest of southern Ontario has emerged.